Crowdfunding to test a new product

Founders face many challenges as they aim to create a product or service that tackles market needs better than existing alternatives. They don’t possess the deep pockets of established firms. They lack reputation or brand equity when they speak to customers. Their agenda is split between multiple activities including product development, marketing, public relations and fundraising.

All these factors combined make it difficult and very risky to grow a new venture, especially without the processes and structure in place for keeping the big picture in mind and following a roadmap for success. So not surprisingly, the majority of start-ups and scale-ups fail to meet their ROI expectation or go bankrupt before they find worthy segments to serve or more funds to keep looking for them.

Best practices have grown in popularity to put some structure in chaotic business environments and reduce the uncertainty of entrepreneurial undertakings. For instance, a methodology called The Lean Startup has helped many founders to get more connected to their target market and find out early on about the viability of an idea. This post explores a crucial component of that methodology — building minimum viable products (MVPs) — and highlight how reward-based crowdfunding is a suitable way to do so offering many advantages to early-stage ventures.

What’s a minimum viable product? Why does it matter?

The rationale behind creating MVPs is to learn as much as possible about the market, customer needs and product usage within the shortest timeframe possible. This implies creating versions of a product with just enough features to attract early customers and find out first hand about which aspects are valuable to mitigate their pain points and which ones that are superfluous and irrelevant.

Such an approach contrasts directly with the idea of going all out to attempt to build “perfect” products based on potentially misleading assumptions rather than actual facts. Hence MVPs help to minimise risk as founders are encouraged to embrace both successes and failures through validated learnings — demonstrating progress over several feedback loops, rounds of iteration and prototypes. 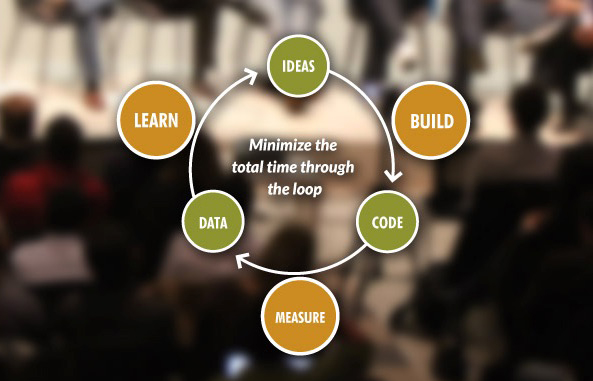 From the Lean Start-up Methodology by Eric Ries

Why reward-based crowdfunding is an excellent method to test MVPs

One of the challenges entrepreneurs face with the Lean Startup methodology is to assess the potential of their MVPs. They often lack the channel to put prototypes in the hands of target customers at a scale that enables them to gather actionable feedback. So how can new ventures bridge the gap? Reward-based crowdfunding is a suitable way to do just that. While crowdfunding platforms are often presented mostly as a means to attract funding, they’re also a gateway to end users who are excited about trying out innovative products and share their opinion.

Companies which do not have an existing customer or data base can use crowdfunding platforms to test brand new concepts quite economically. Of course, planning and executing campaigns does take time and effort. However,  the investment is usually far less than undertaking a tradition product launch and can be more effective for an early stage venture. A crowdfunding campaign is a good way to sign up early adopters  and obtain direct feedback from an interested audience.  The feedback may give a start-up the incentive to pivot rather than be tempted to give up too soon even though their ideas are powerful.

It helps to build demand

A key principle of reward-based crowdfunding is give-and-take. Early adopters agree to fund ideas by purchasing “rewards” which are often initial versions of products and services at a discount from what is expected to be the future retail price. Through their campaigns, companies are in fact pre-selling their MVPs to help their cash flow and start to get the word out — showing there’s traction and use it as a proof of concept to move to the next stage. There are now many examples  of founders who’ve successfully built demand through crowdfunding without having an audience before that.

On top of money, crowdfunding platforms help gather what’s probably the most valuable and strategic asset for early-stage ventures: a community of backers. These people are far more than mere consumers who may actively use a product but remain passive in its development. Instead, backers are real hobbyists who feel a sense of ownership and are typically willing to contribute more than money to a project’s success. They might provide entrepreneurs with advice, keep them informed about emerging needs in their markets, introduce valuable connections, and refer existing and future products to their friends and networks.

Once a project has been funded, money rarely stops there. It becomes easier for fundraisers to attract backers in subsequent crowdfunding campaigns. According to a 2015 Wall Street Journal report, where  first time campaigners  successfully reached their crowdfunding targets and then undertook a second campaign, they reached their funding goal a second time  in over 7 out of 10 instances — making it convenient to test an improved MVP. Also, initial success is likely to catch the attention of alternative investment sources such as equity crowdfunding, business angels, and venture capitalists. This was the case for Oculus Rift  who raised $2.5 million in a Kickstarter campaign followed by series A and series B rounds before Facebook acquired the company.

According to Jill Storey, CEO of ReadyFundGo, Australia’s crowdfunding platform for business, this is another example of how reward-based  crowdfunding can offer you far more than money. It’s a viable channel to test your MVP, gather invaluable insights for iteration, and open up future opportunities.

Start a crowdfunding campaign today with  ReadyFundGo to start to test  your MVP in front of potential backers. We’re ready to support you to take your project to the next stage.

Sydney "WhaleX" Team: XPRIZE News.
.
Crowdfunding and Start-ups: Six lessons for success.
.
Can Crowdfunding Help Launch Your Side Hustle in 2022? What You Need to Know.
.