Do projects with more expensive products/outcomes get larger pledges? 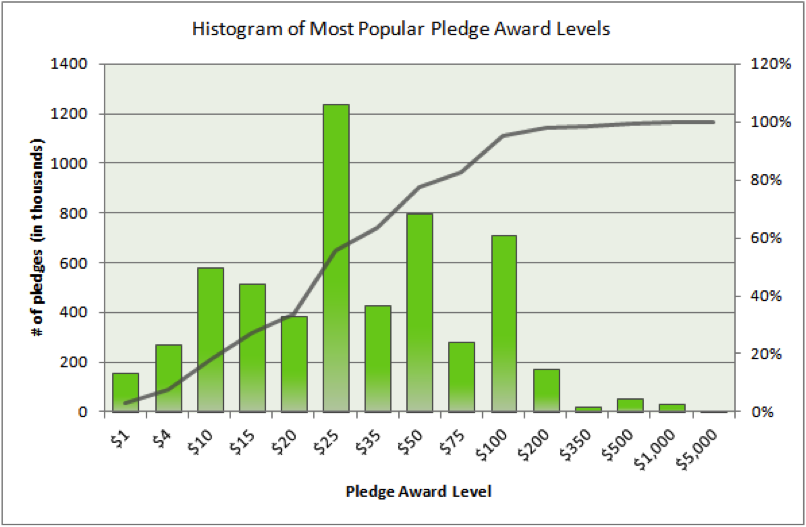