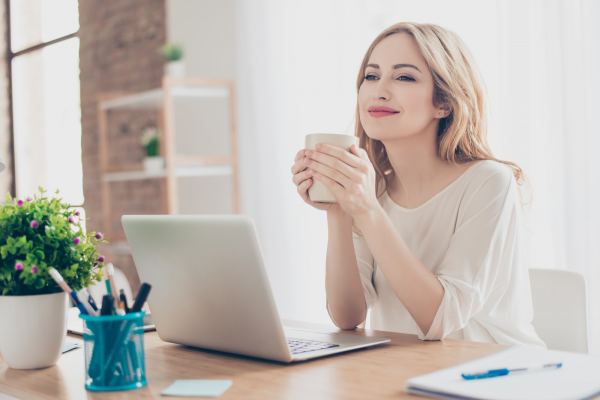 Who said crowdfunding was a boys-only club?

On the contrary, a report published by PwC and The Crowdfunding Centre shows evidence of  women being better at seed crowdfunding than their male counterparts.

Based on two years of data from nine leading crowdfunding platforms worldwide, some of their key findingsincluded the following stats:

Just like on other crowdfunding platforms, ReadyFundGo’s female campaigners have been very successful finding backers and raising money to get their projects off the ground. Here we look more closely at two success stories:

Lindsay Davis, Urban Xtreme founder, and her crowdfunding project  is an excellent example of the undisputed potential of female entrepreneurs.

After raising money from angel investors and securing her premises, Lindsay knew there would be an 8-9 month period to kit out he premises with the equipment and get set-up. She created a crowdfunding campaign to help boost cashflow during the period from acquiring  her premises to opening the doors and also to gain market traction. She pre-sold ski and snow-board passes and lessons at a discount.

Early adopters obtained the advantage of price savings and Lindsay benefited from having customers lined up for when she opened rather than having to wait until people got to hear about the centre. She created that initial buzz and has kept the excitement going after launch.

Lindsay and her team have created a unique space where extreme sports enthusiasts can learn and practice all year long. Lindsay has that burning passion and resilience of all successful entrepreneurs.

“Being an entrepreneur is extremely challenging and at the same time extremely rewarding. It’s like being on a never-ending roller coaster, but having a dream and vision to create something unique that consumes your every thought gives you the energy, passion and drive to succeed even when times get tough.  I have learnt to never stop believing in yourself and your dreams and that if it is meant to be things will fall into place even if it seems impossible!” Lindsay Davis, Founder Urban Xtreme.

Kimberley is yoga teacher in Perth who had created an awesome  space to teach her yoga classes. When her beautiful marquee started to age and became beyond repair she started a crowdfunding campaign with ReadyFundGo to fund a new tent.

Kimberly had 56 backers who purchased rewards ranging from tickets to the new yoga tent blessing ceremony with a  meditation class, to an unlimited yoga pass for a month to an option to host a yoga party.

Kimberley created a beautiful campaign page and worked hard to engage her network and clients to support her dream. 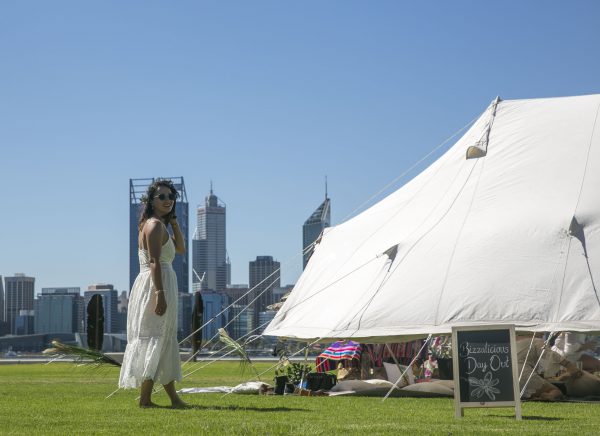 Kimberley and her Yoga Studio

Meg Solly, She Skills CEO and founder, had an unconventional idea. She wanted to build a community of confident women and engage them in technical workshops, teaching them how to carry out tasks stereotypically executed by men.

Meg had a business plan, she has planned her courses and her instructors and found her premises in Brisbane. However, she did not want to pay out for the premises only to find that no one wanted to join her workshops.

Meg’s cleverly decided to launch  a crowdfunding campaign allowing her to pre-sell course vouchers. She quickly hit her target demonstrating there was market demand for her initiative.

This effectively provided Meg with proof of concept. She Skills was an instant success and Meg’s soon afterwards moved to bigger premises.

While it’s exciting that female entrepreneurs across the globe can finance their ideas through crowdfunding, it’s still hard for them to access large sums of money and scale their ventures.

Hence female founders still raise only a small percent of the total amount of venture capital invested. One potential explanation for this is that the majority of investors at VC and private equity companies are usually men — representing 93 percent of partnersat the top global 100 venture firms.

Interestingly, this funding gender gap seems to fade once those financial intermediaries are not part of the equation. Crowdfunding illustrates this point well as backers are also early customers, and their decision to invest in innovative products and services is driven by market demand directly without possible gender bias interference.

The distribution of women vs. men  crowdfunding supporters is also better balanced. Indeed, 36% of supporterson the crowdfunding platforms surveyed by PWC were women and 28% of campaigns launched were female-led.

What’s next for female crowdfunding campaigners and entrepreneurs?

There is no doubt that women will keep on encountering tremendous success with all kind of crowdfunding campaigns and entrepreneurial projects. Realistically, however, a level playing field for VC and private equity funding will not happen overnight. In the meantime, here are some tips and takeaways for female entrepreneurs.

Girls, be bold and confident

Generally speaking, men appear more confident in business environments — and do so sometimes  when they are equally or less qualified. Such assuredness conveys trust and also make them more likely to speak up, negotiate their salary, and take risks that might eventually pay off.

Looking at crowdfunding as an example, men tend to aim for higher funding goals and are at the head of most campaigns raising a million dollar or more.

The strategy for female entrepreneurs to raise more funds for their ventures should not necessarily be to appear more masculine. For instance, women tend to outperform with their crowdfunding campaigns because they “use more emotional and inclusive language in their videos and pitch descriptions,” says PwC Australia’s head of innovation and disruption Kate Bennett Eriksson.

Remember the gender gap is closing

Though the pace of change remains slow, more and more studies show that women are becoming increasingly involved in entrepreneurship and outperforming:

Unlike other sources of funding, crowdfunding is a gender-neutral means to raise money and can be an excellent starting point for women entrepreneurs to get their project up and running.

If you would like a copy of our Crowdfunding Guide to get you started on your journey to success or have any questions please reach out to us at info@readyfundgo.comor get started with your campaigntoday.